[Case study] What Spanish thieves told us about brands? 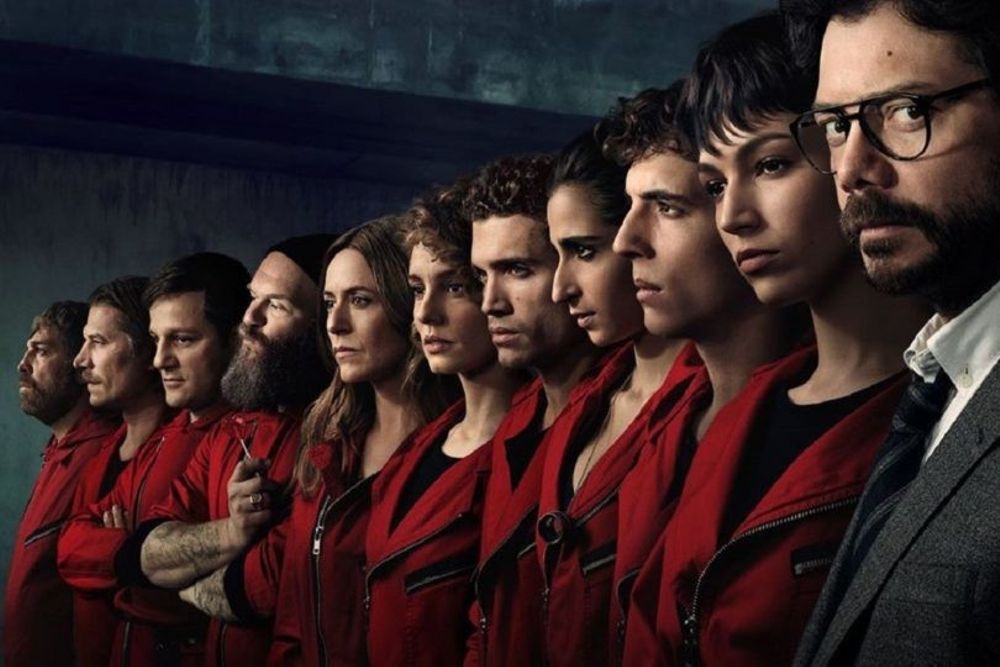 The „Money Heist” (La Casa de Papel) tv series was never that good, to begin with. Loads of absurdities and stretched plot twist made this production a guilty pleasure. We watch it with remorse and turned off the brain. It didn’t stop producers from conquering the world, and the show to become a worldwide phenomenon, and even political manifesto. This was possible because makers appeal to our hearts, not minds. This case study should be a guide for every brand and non-profit alike.

I watch this show from the beginning and still can’t wrap my head around how naive and improbable it is. The plot bothered me in season 4 when the show could no longer hide its absurdities. Up until this point, aware of the weaknesses I watched hypnotized. What is so magnetic about The Professor, Tokyo, Nairobi, and company? They are human. They rob for various reasons, not necessarily about the money alone. During the robberies (we have two already) they are expressive and don’t hide their emotions. We learn their motivations and values that drive them in real life. As the plot thickens, they become family and are ready to jump into the fire for one another.

Marketing ignored this simple truth for a long, long time – products and services are made for people. Contrary to a popular belief created my many great specialists, the world and the truth about it is not visible when hiding behind your laptop with Google Analytics. Today, the world should be taken back from specialists on Excel and Google Analytics and give into the hands of the people who can bring together the wisdom of observation and knowledge about customers, with knowledge about numbers. Marketing engineers can’t produce answers – they only offer hints. The „Money Heist” was able to conquer the world, not with scientific knowledge and famous Netflix’s algorithms analyzing customers’ preferences and impacting future shows. It was the magic of the show that millions around the world can watch with pleasure.

The „Money Heist” is a Spanish production that becomes popular in its country of origin but with the second season, viewership tanked. Then the show became a part of Netflix’s catalog. Without the promotion and costly marketing campaign, the series became an overnight success. Just like that. People around the world went crazy about the characters and the mask, the costume, and even the famous Italian song from World War II, telling the story about fighting Hitler, became the symbols of modern resistance. Helped to fight injustice all over the world. Why?

The heart and symbols in the service of brands

The answer lies in the scene when The Professor and Berlin sign the „Bella Ciao” for the very first time. Actors playing the roles say that when they started singing, the set was so quiet they can’t remember anything like it in their entire careers. In their own words, they touched mysticism that day.

This is one of the key reasons behind the series’ success. The symbols and their powerful meaning that drive people. The symbols are simple, clean-cut, and perfectly pop when surrounded by dark and grim interiors where the heists take place. The set was designed in a way that Salvadore Dali’s masks and aggressively red costumes take viewers by storm. Why Dali, why red, why Bella Ciao?

Álvaro Morte, the actor playing The Professor – the mastermind of heists – tells about masks being the symbol of insanity. When you look at the world from behind the mask, it looks different. The perspective shifts. In the series characters’ insanity tend to mirror Dali’s insanity. The characters of „Money Heist” are social outcasts. They have nothing left to lose. Even the Professor, the genius and incredibly analytical mind, is looser in his private life. His genius strikes everyone when he trains and manages the band of similarily desperate people.

The idea of heist alone is a form of a social manifesto. We are here – despised and robbed representatives of social and cultural margin. You don’t want to hear our call? Then we will make you – we will rob two of the most guarded targets in entire Spain; the Royal Mint and the National Bank. Even more so, we will become the heroes of the masses – for the Spanish and virtual society within the TV series and the real society all over the world.

People of different cultures and all walks of life put on Dali’s masks and red jumpsuits to express their frustrations. They protest against high taxes, social injustice, corrupt governments. With thousands of like-minded fans, in costumes, they sing the famous Italian „Bella Ciao” song and remind governments they are the resistance. They matter. 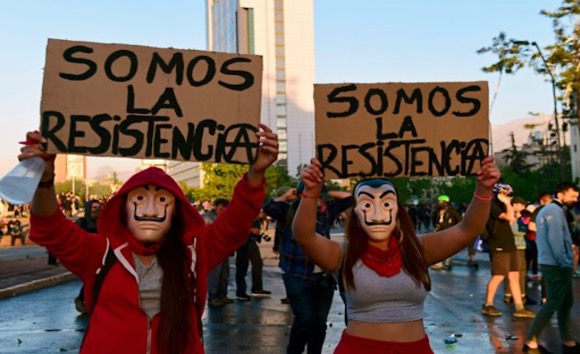 They use the symbols of the show to tell the powers that be about their dignity. Contrary to characters of the „Money Heist”, they are not social outcasts and have a lot to lose. What lessons can be learned here by brands of the world?

Yesterday companies put products on the shelves in the store. Today they design them hand in hand with the customers. They ask about options, go way beyond focus studies. Brands use social listening to learn what fans and people who are not satisfied, have to say about them. Tomorrow will be the death of brands that will not deliver values alongside its products. Values that are tide with what they sell, values that are real.

A product made with materials that are 100% biodegradable. A product that is made with materials that are 100% recyclable. A product that is made from grains coming from monitored plantations, which benefited a farmer in the first place. These are examples of where the world is going towards. Consumers turned prosuments a long time ago. They not only engaged with the design and promotion of the products, but they are also active ambassadors. A line between love and hate is very thin, though. If a brand abuses trust, it can be a negative hero o mass protests of Dali’s masks and red jumpsuits.

A far cry from what could happen? Daily practice shows us differently. Prosuments take the world in their own hands. They not only expect quality products but also a world worth leaving to their children. Safer, cleaner, and more sustainable than before. Brands play a huge role in that process. Sometimes people don’t expect a brilliant plot. They can forgive when there’s a heart behind mistakes.

That’s why simplicity, clear communications, clear symbols, and values are so important. The Created Shared Value that I believe in and promote, meets all conditions of a bridge between the need to sell and generate profits and the need for being a part of something more. The future belongs to socially responsible business. It’s not about politics. The future is authenticity, values, and sustainable development. Brands like IKEA, Toyota, Tide, or Beyond Meat already knows it. There’s no other way. 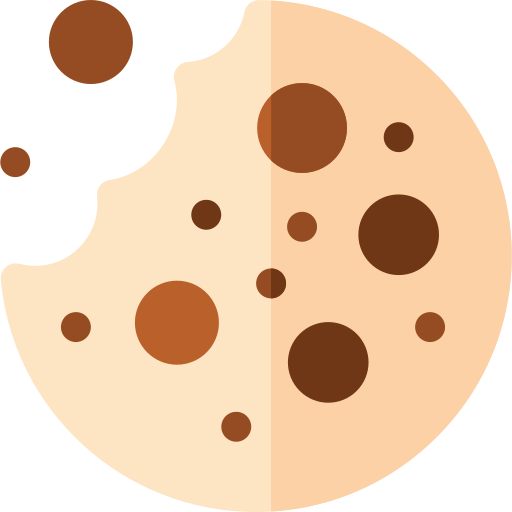